Sixty years may seem a long time to cast your mind back, but if you're Stuart the past decades are as yesterday. The Isle of Arran is where he spent most of his childhood summers. As with most such memories, the recollection is sunny and warm, the golden years of youth.

Admittedly, they didn't seem quite like that at first. Indeed, the world appeared to have re-emerged black and white, 1950s photographs come alive. It was the 23rd December, after all, just after the winter solstice. 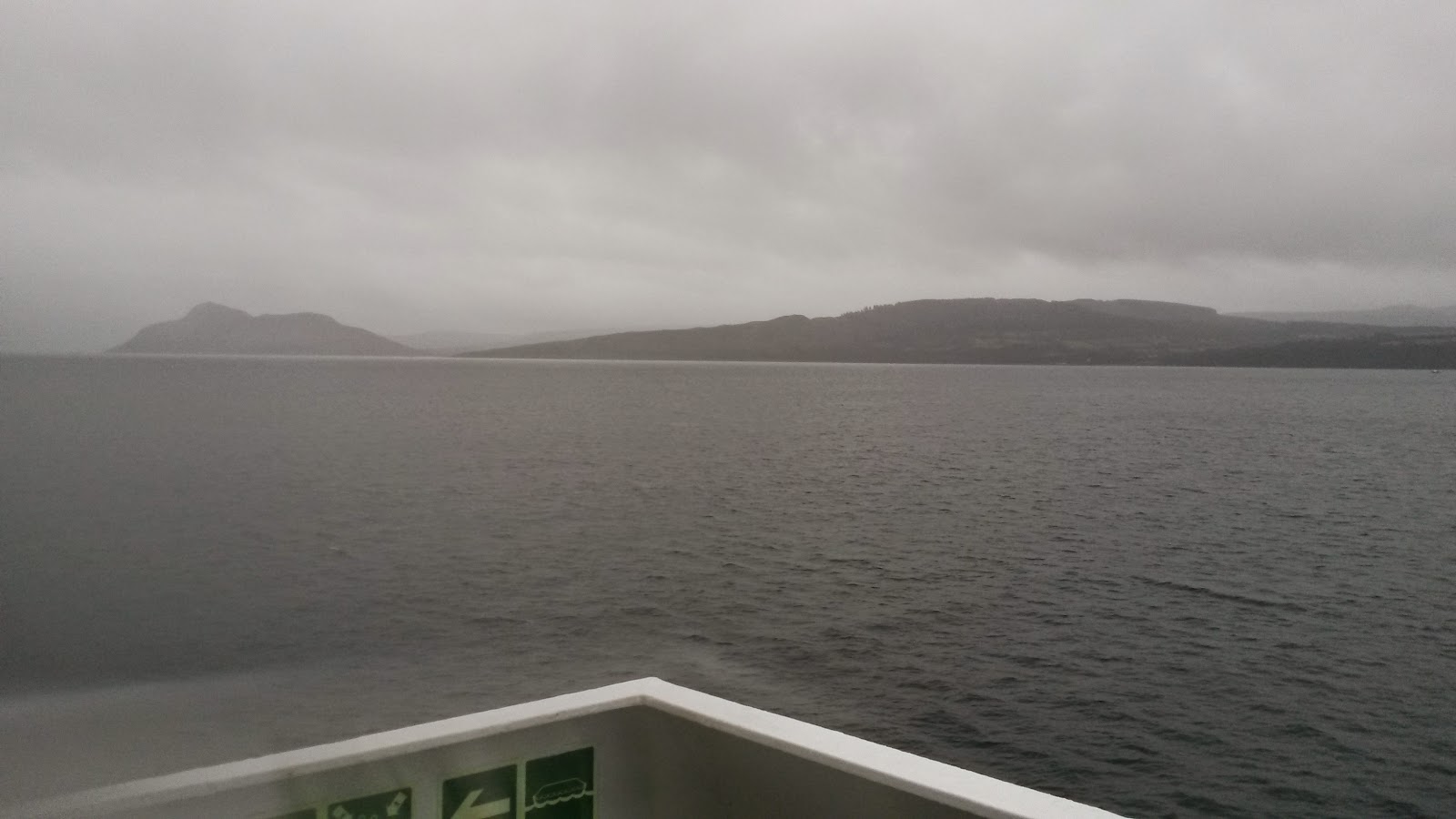 The mist was down, the rain was dripping gently and, as we chugged towards the ferry terminal at Brodick,  it looked as if we were in for a traditionally damp west coast welcome. 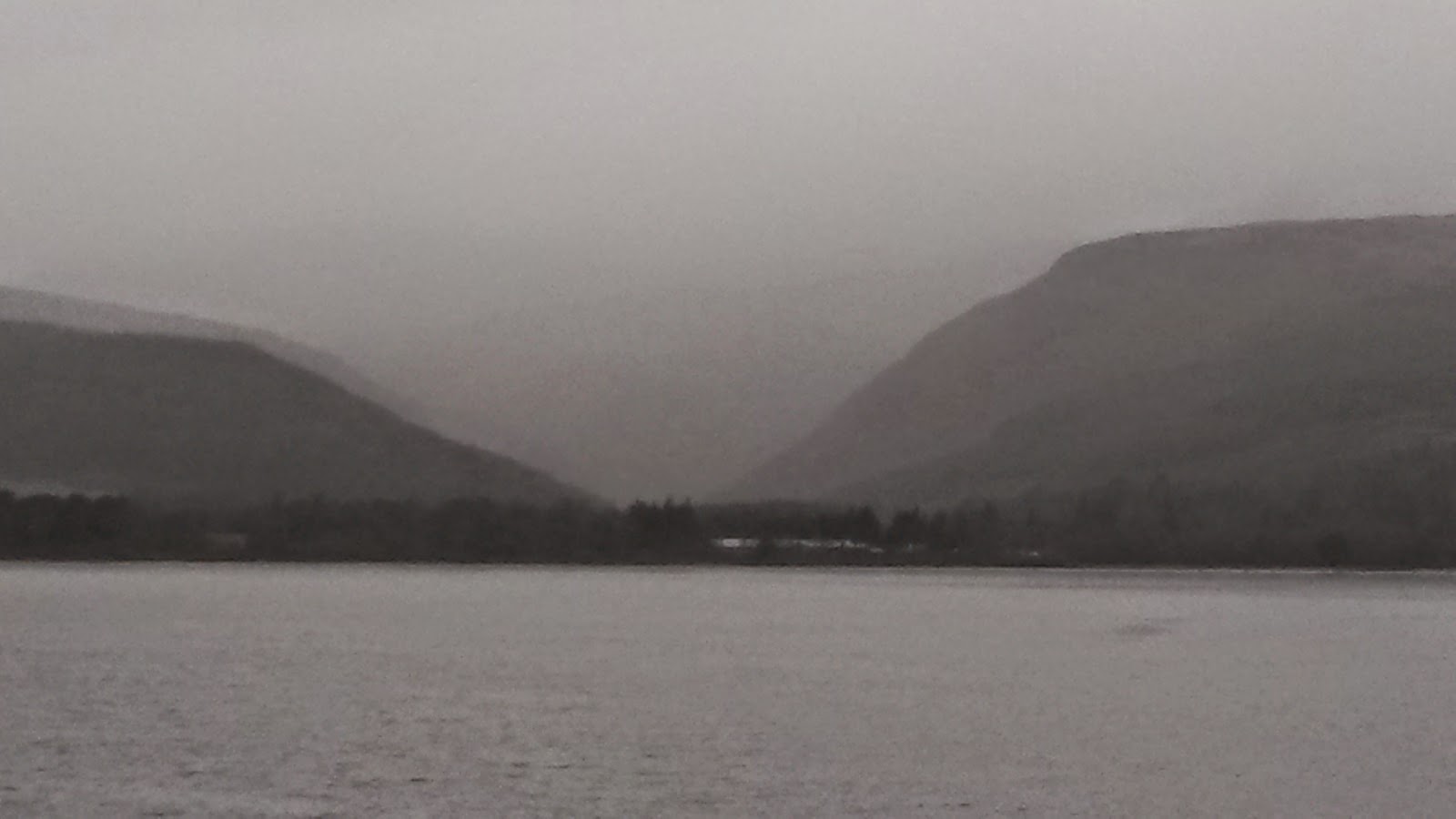 However, just as the topography of Arran is commonly regarded as 'Scotland in miniature', so too its weather, it seemed. Within an hour, the sun was breaking through the clouds and the island gradually reappeared in full technicolour. 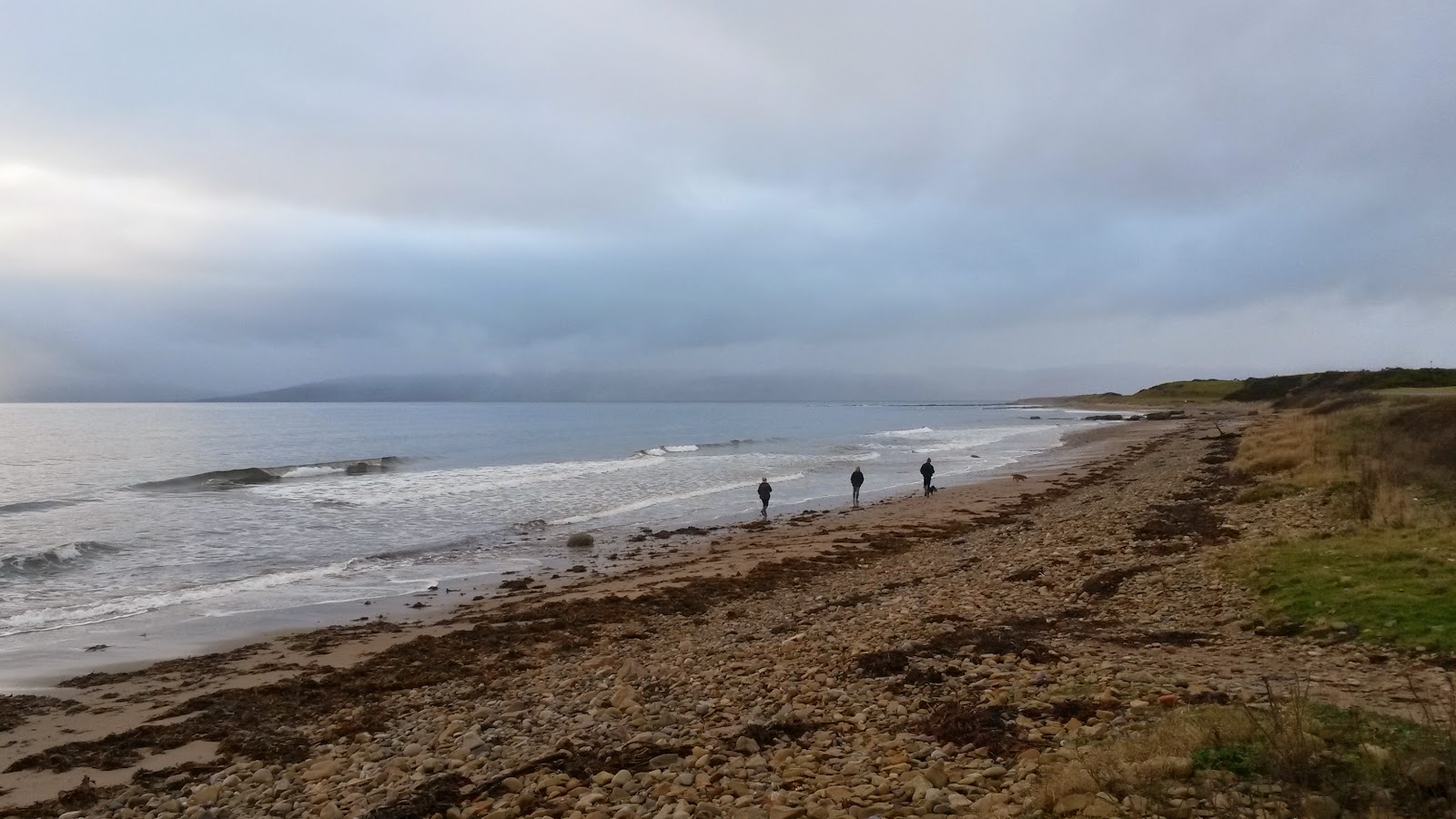 Our first port of call was, of course, Blackwaterfoot, for that is where on every one of those glorious days of the past, the Ritchie menfolk played golf while the womenfolk frolicked on the beach. 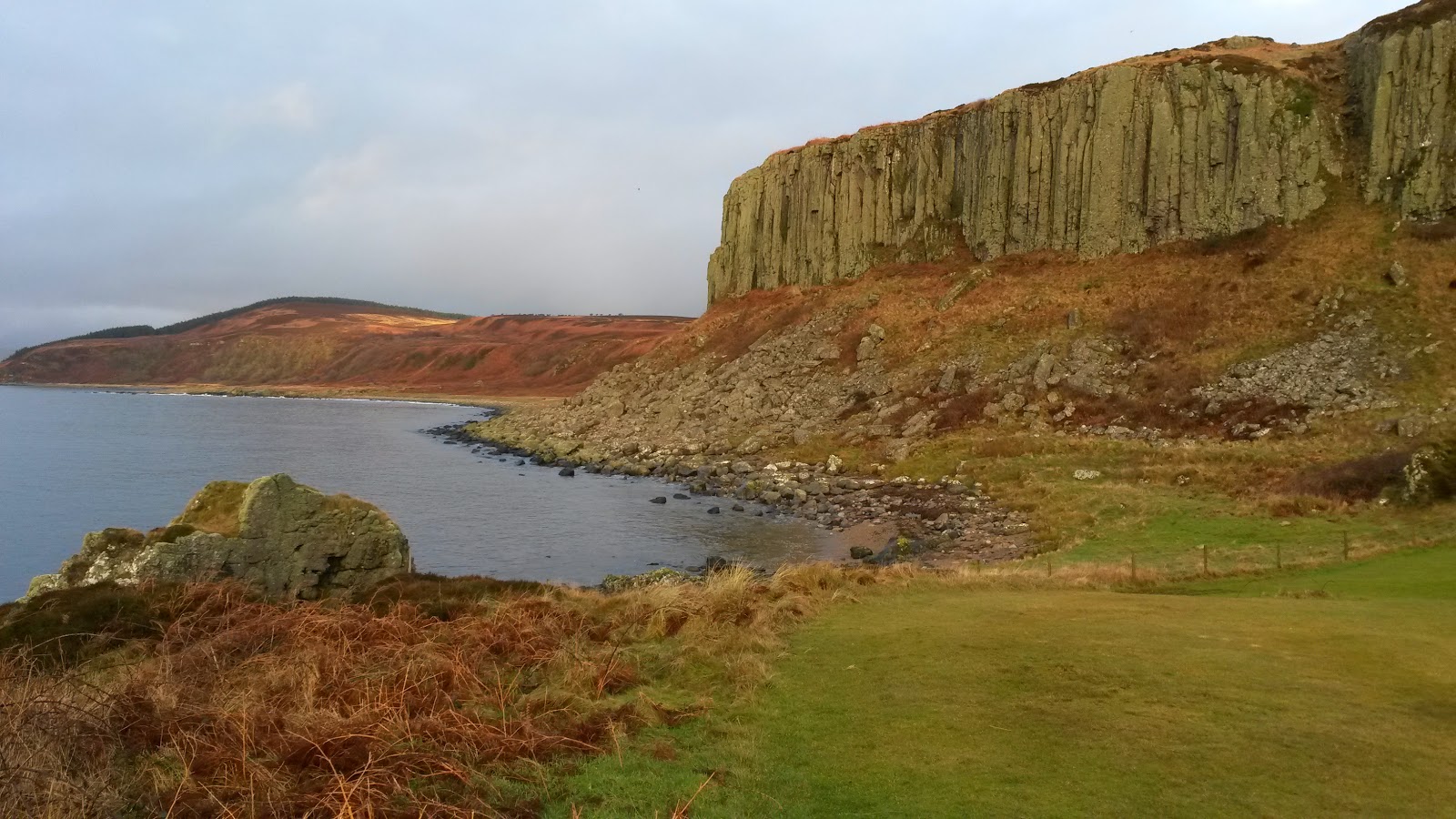 It was a lovely introduction to the island for me. 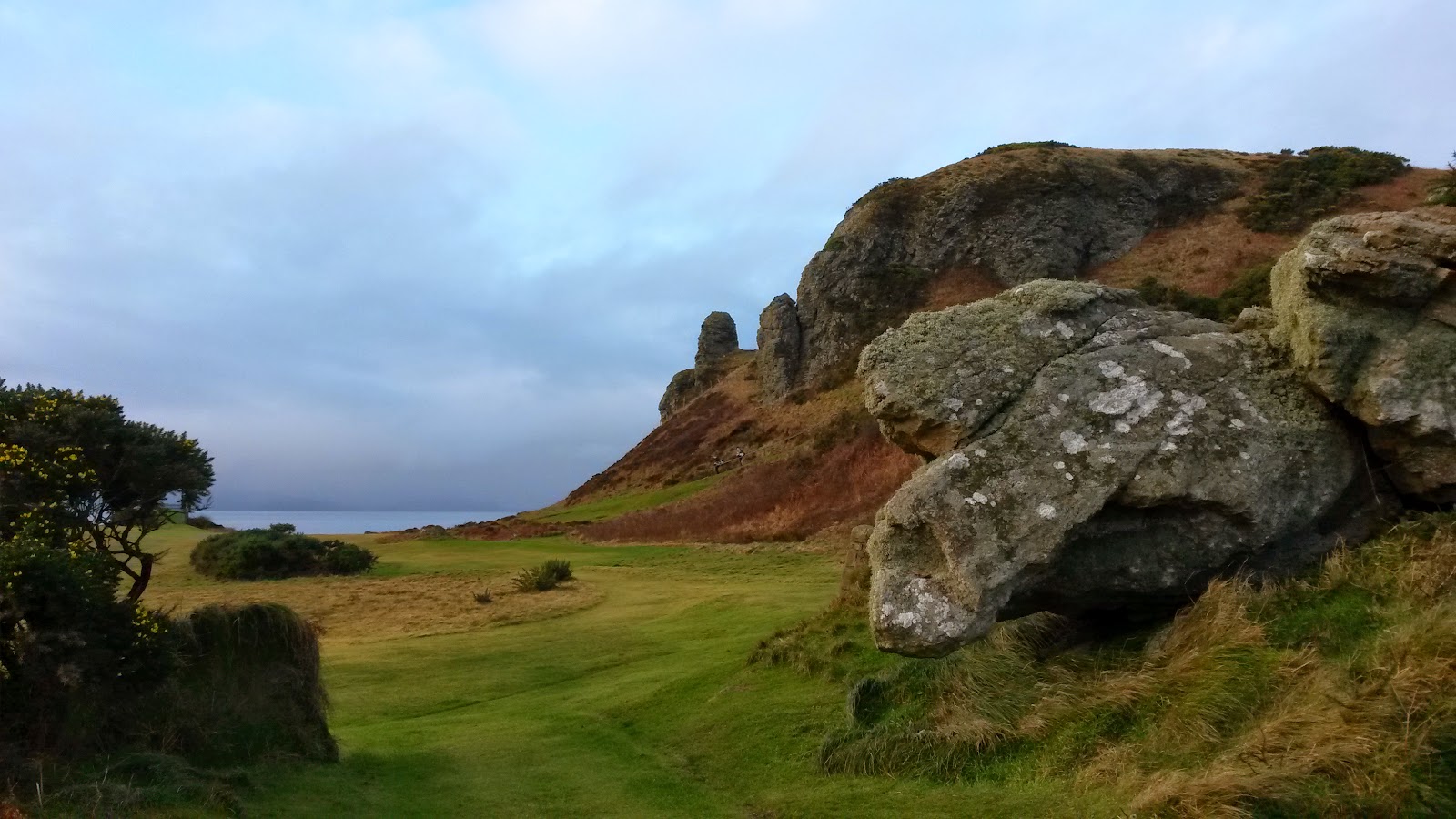 Strange rock formations hovered over the eastern edge of the golf course. The Mull of Kintyre stretched out to the west, not quite as lopsided as it appears below. 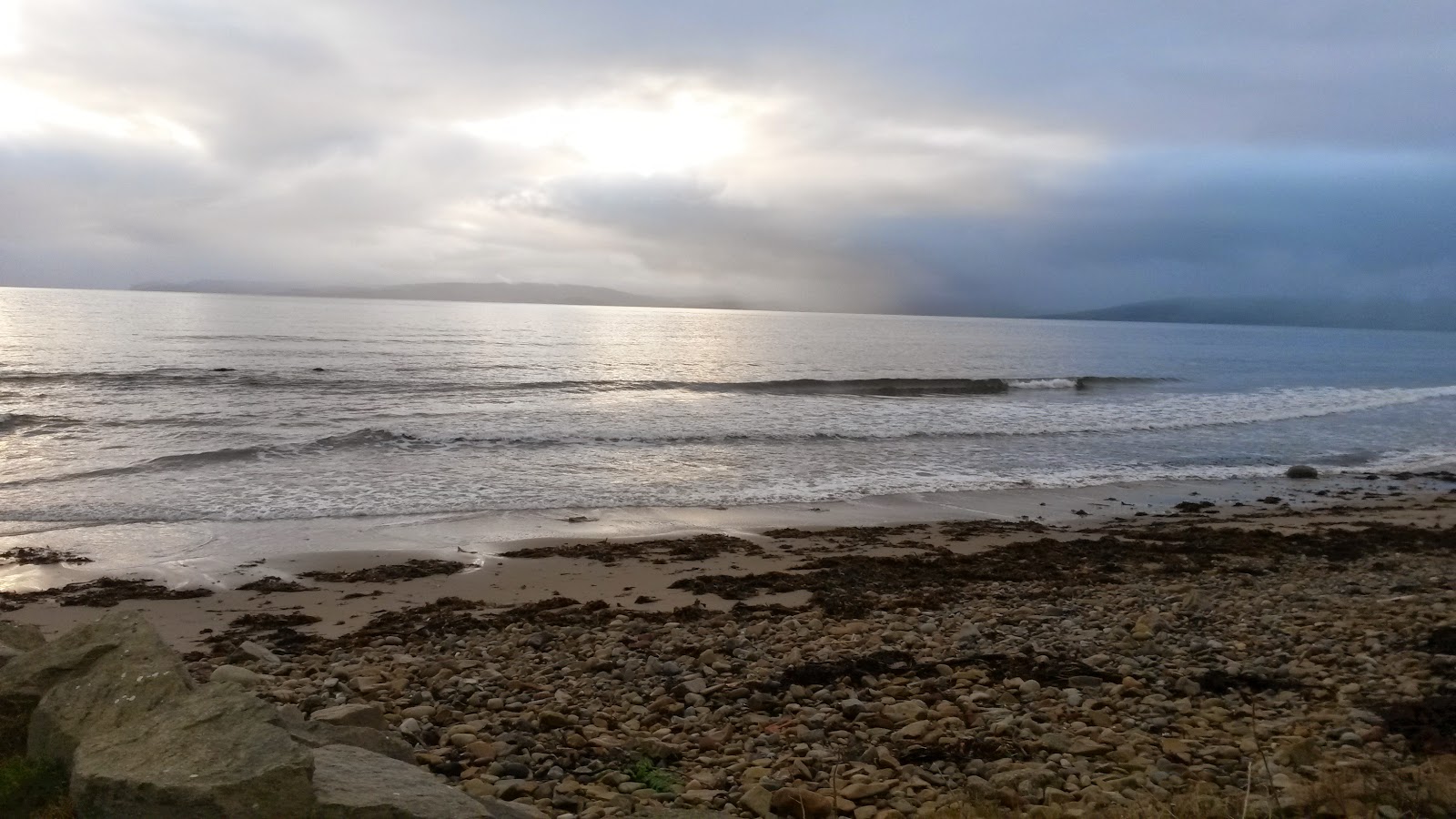 By four o'clock, the sun was setting. 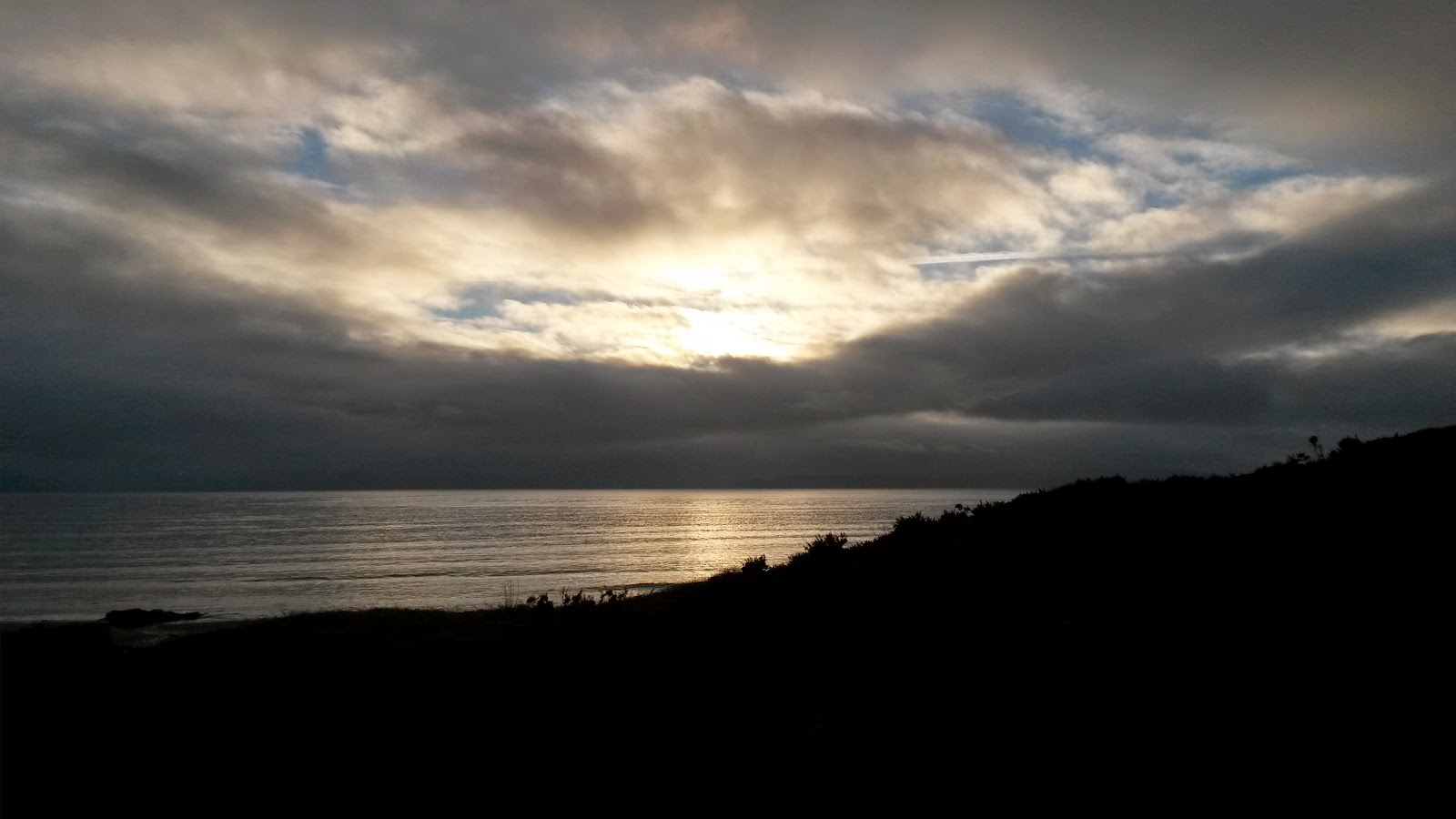 Time to return to our hotel at Lamlash.

Posted by Elisabeth Ritchie at 17:53