Looking for Spring along the Union Canal

The energetic may walk an impressive eight miles along the Union Canal from Edinburgh Quay to the village of Ratho to the west. The obsessives may stride along the full thirty miles of tow path all the way to meet the Forth and Clyde Canal at the Falkirk Wheel. My friend and I, however, were of a more languid disposition, so we parked the car just off the A71 on Hermitage House Road and, leaving the distant contour of the Pentland Hills behind us, strolled a couple of miles along the canal to the Bridge Inn at Ratho for Sunday lunch.

The weather didn't look all that promising, particularly to the west and at first we were distracted by the thunder of the M8 near the Broxburn junction. However, we soon left the city behind us and settled into a pleasant amble between wooded fields.

Clumps of snowdrops promised that spring was coming. While the silhouettes of the trees still looked skeletal, the hedgerows were full of buds: pussy willow and lambs' tail catkins.

Bushes covered in white blossom lined our route: too early for hawthorn. Celandine and coltsfoot straggled down to the water's edge, here lost among the dry remains of last year's grass.

Now the route for a pleasant weekend walk, the Union Canal was once the motorway of waterways, constructed following an Act of Parliament in 1817. Built in 1822 to a design by Thomas Telford and a Mr Baird, its purpose was to help transport lime, coal and stone from the Lanarkshire area, thus linking Scotland's two greatest cities: Glasgow and Edinburgh. You can still see some of the stones marking the old fare stages, here on the right between the first and second fare stage. In 1832, you would have paid 6d for the 7 miles to Edinburgh and 1/6d for the 2.5 miles to Falkirk.

There was no need for any locks on this stretch of the canal, for the waterway followed the contour of the land, thus avoiding the expense caused by lengthy delays.

The canal is no longer used for industrial transport these days. Walkers and cyclists follow its towpaths. Golfers enjoy the greens at Ratho Park, which stretch down to the water from the stately mansion house built in 1824 which now serves as the club house.

The most notable users of the canal these days, however, are the narrowboat owners. Modest old working boats line the banks. Smarter boats have designated berths in the newly built Ratho Marina.

We, however, had a more mundane purpose to our walk.

There above the bridge was the eponymous inn, one of several fine old houses.

The food, locally grown and reared, was excellent, as was the wine - so much so that we certainly needed the walk back towards the city to recover. Not all the pedestrians appeared to have made it back safely, however. Fortunately the corpse on the right, floating face down in the water, turned out on closer examination to be a someone's precious doll. 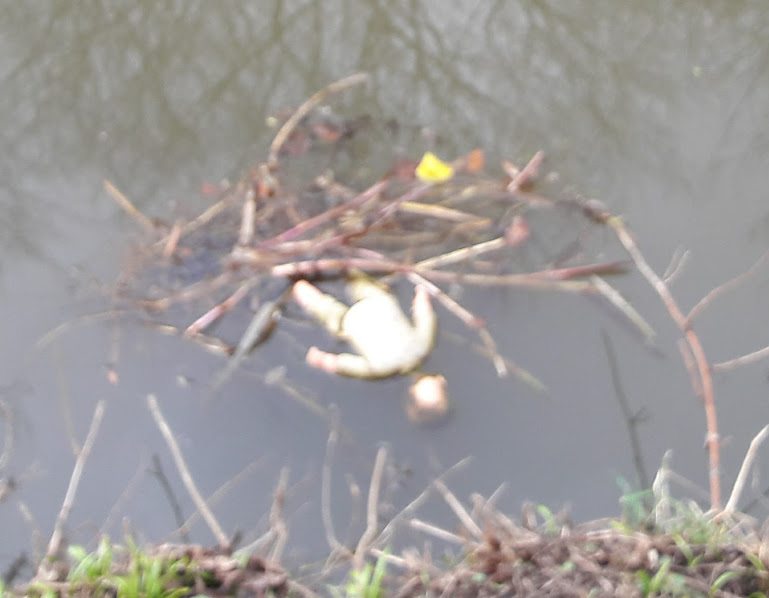 The Pentland Hills loomed closer. The clouds were darkening. But we were nearly home. 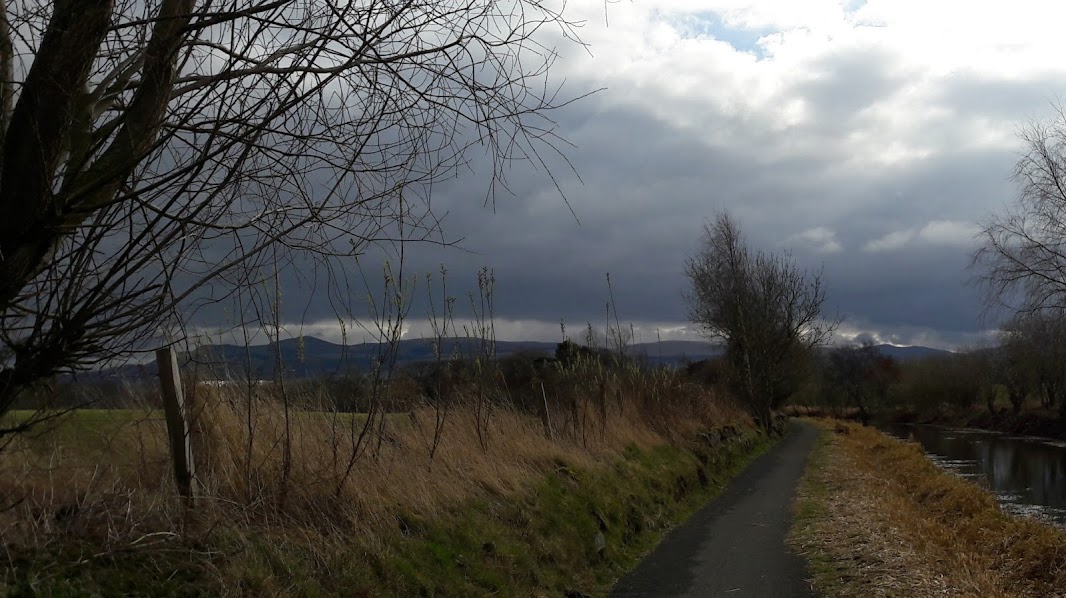 Posted by Elisabeth Ritchie at 19:07